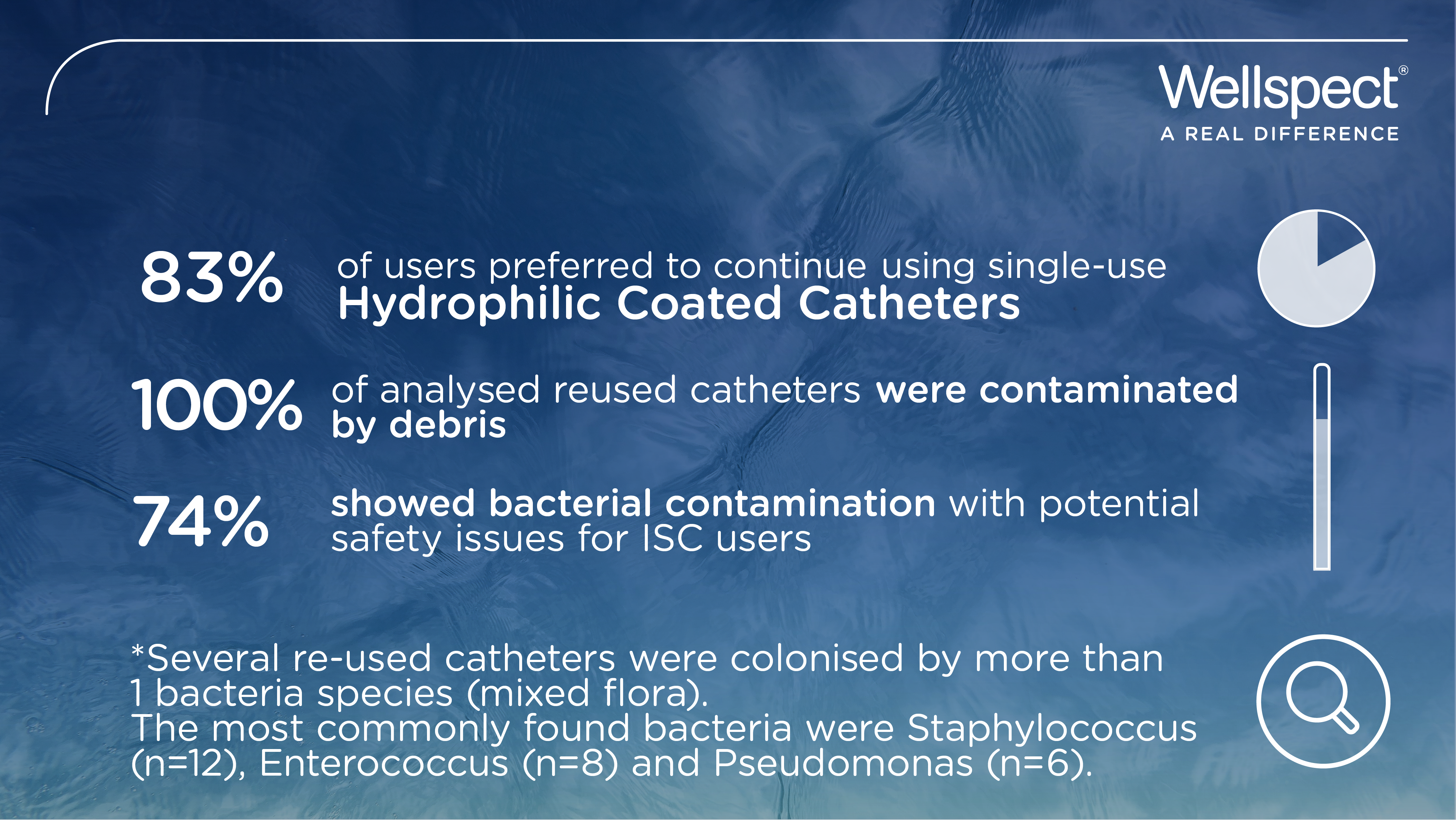 Laboratory analyses revealed that all collected reused catheters (100%) were contaminated by debris and 74% were contaminated by bacteria. In fact, viable microorganisms could be cultured in 67% of the samples. Surprisingly, occurrence of biofilm (cluster of bacteria and slime) was found in every fifth re-used catheter, something that normally only occur in indwelling catheters. No microorganism contamination was seen in single-use HC catheters, as expected.

The data from the current study show that catheter multiple-reuse poses a potential safety concern for people practicing IC. There is a lack of standardised cleaning procedures with a great variability in how long each catheter is reused (ranging between 1 to 270 days). The cleaning procedure itself seems to leave marks on the catheter with chemical contamination of residues from detergents and soap. This has the potential to impact the surface structure of the catheter and the urethral mucosa. The high level of contamination of re-used catheters is a safety issue and may increase the risk of UTI through microbial colonisation and has an impact on adherence/acceptance of IC.