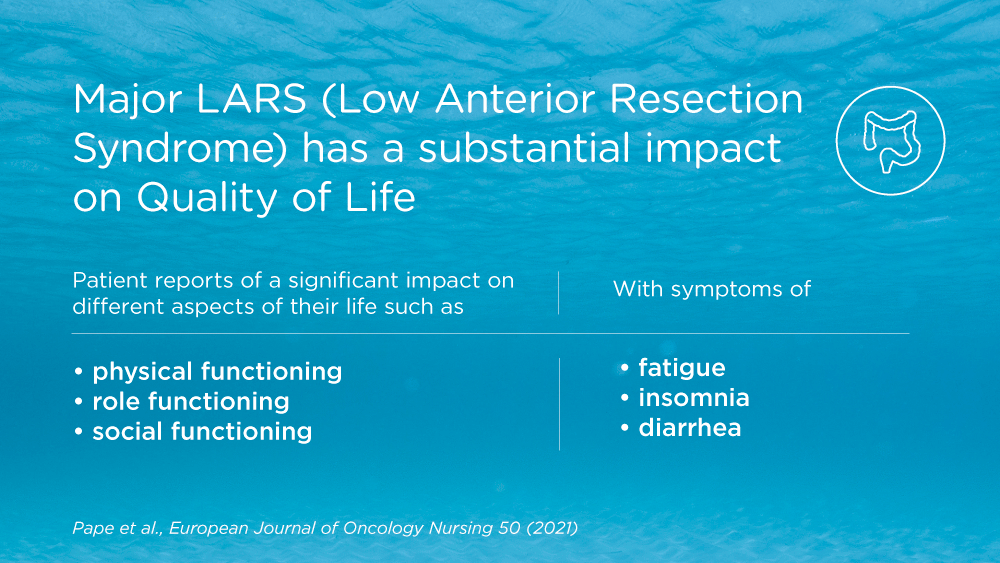 Rectal cancer patients experience symptoms of low anterior resection syndrome (LARS) several years after their rectal surgery with a substantial impact on quality of life (QoL) as shown in this observational cohort study.

Symptoms for LARS are common and 69% of the patients experienced major LARS, but there is no standardised management. The treatment option most commonly used were diet and medication while other options like pelvic floor rehabilitation, transanal irrigation (TAI) and neuromodulation were rarely used.

The authors conclude that in addition to hard endpoints such as mortality and recurrence rates, more clinical focus on bowel problems in rectal cancer survivors is needed.