How much do you know about the urinary microbiota? 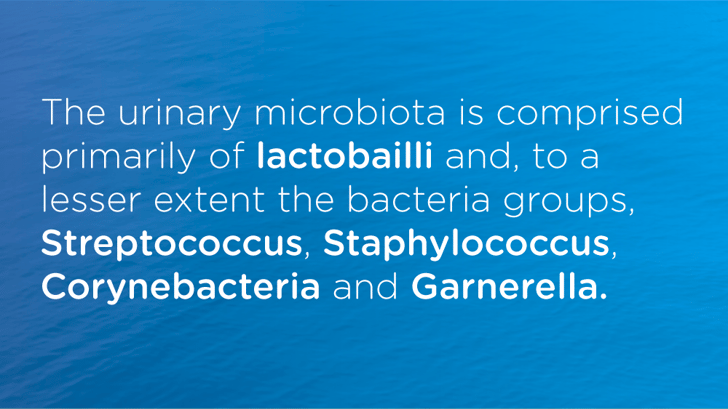 Less is currently known about urinary microbiota compared to our knowledge of intestinal microbiota. It is less varied but is now understood to play a major role in the development of several diseases of the lower urinary tract.

The urinary microbiota is comprised primarily of lactobailli and, to a lesser extent the bacteria groups, Streptococcus, Staphylococcus, Corynebacteria and Garnerella.

The traditional view of urine sterility has been challenged by the discovery of the urinary microbiome, a mix of bacteria and microorganisms within the urinary tract, similar to what we already know is the case in the bowel. This unique relationship between microbes and humans is still not fully understood, but has gained attention in clinical research in the last decade. With more advanced technology available to detect bacteria, we know that urine is not sterile and there is a suggestion that the urinary microbiome may play a major role in several diseases of the urinary system.

Recent studies have cast doubt on the idea that urinary infections are related to bacteria of intestinal origin. Researchers have suggested that an imbalance in the bacterial population that comprises the urinary microbiota (dysbiosis) may be responsible, particularly in the onset of urinary infections or in some urinary tract or prostate diseases.

Studies currently being conducted on the urinary microbiota may lead to new methods of preventing or treating urinary problems.