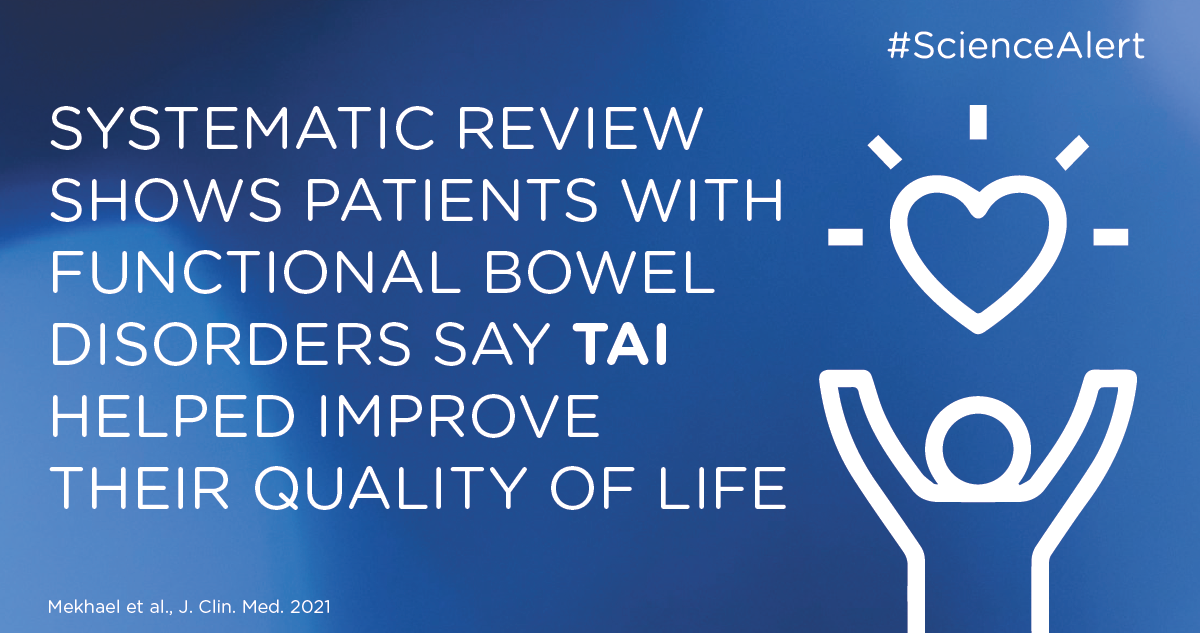 Included are also studies that reports of improved disease-specific and generic quality of life (QoL) when using TAI for bowel management. Most of the clinical trials are performed on patients that failed conservative treatment, i.e. patients with potentially more severe bowel dysfunction. This is when TAI is most commonly introduced, as a second-line treatment, before more invasive methods such as sacral nerve stimulation, antegrade colonic irrigation or stoma formation are considered.

How to improve bowel function?

Is transanal irrigation safe to use?

In the clinical studies presented in the review by Mekhael et al only one study reported serious adverse events whereof none had a serious outcome. This shows that these kind of serious safety events are rare with the use of TAI. Less serious events, such as adverse events or side effects were reported to a rate of 22 - 62% in the studies. The reported side effects were abdominal cramps, leakage of irrigation fluid, bloating, anorectal pain or pain at insertion, minor rectal bleeding, general discomfort, headache, chills/shivering, nausea, dizziness and sweating/hot flushes. Interestingly, in a randomised controlled trial with TAI versus conservative treatment in patients with NBD there was no difference reported in the proportion of patients experiencing side effects between the two groups. This suggests that the side effects were not related to TAI, but to NBD itself and could be connected to autonomic dysreflexia during and after defecation.

What is the best way to manage neurogenic bowel dysfunction (NBD)?

NBD has a high impact on quality of life and is reported in 23 to 80% of patients with neurological disorders such as spinal cord injury, multiple sclerosis (MS), spina bifida and Parkinson’s disease. Treatment of neurogenic bowel is important for the patients who consider their bowel dysfunction as one of their largest problems. TAI has been introduced as a neurogenic bowel management option in treatment algorithms after it was found to be superior to conservative management in a randomised controlled trial.

There were in total eleven studies on the use of TAI as neurogenic bowel treatment representing 308 patients with symptoms of faecal incontinence (13-33%) and chronic constipation (55–84%). The most common way the patients restored their bowel function with TAI was by irrigating every second day with between 200 to 1500 mL of water. In the studies between 21 to 100% self-administered the treatment. There was no study with quality of life as outcome, but two studies that showed a reduction in urinary tract infections requiring treatment and reduction in contacts with health care professionals.

How to improve quality of life after rectal resection for cancer?

Low anterior resection syndrome (LARS) is a defecation disturbance experienced by up to 80% of patients following low anterior resection for rectal cancer. LARS is associated with symptoms of FI, emptying difficulties, urgency, increased stool frequency, painful evacuations, altered stool consistency and soiling. About half of those patients have severe LARS for a long time. Quality of life after treatment for rectal cancer is affected by bowel function and there were three LARS trials evaluating quality of life after improved bowel function with TAI. Those studies showed an improvement of global health status, mental health, social functioning, emotional role functioning and bodily pain. There were five studies that investigated TAI as a treatment for LARS, and two studies investigated TAI as a prophylactic treatment for LARS, i.e., starting TAI at ileostomy closure. All studies showed significant improvement of bowel function. 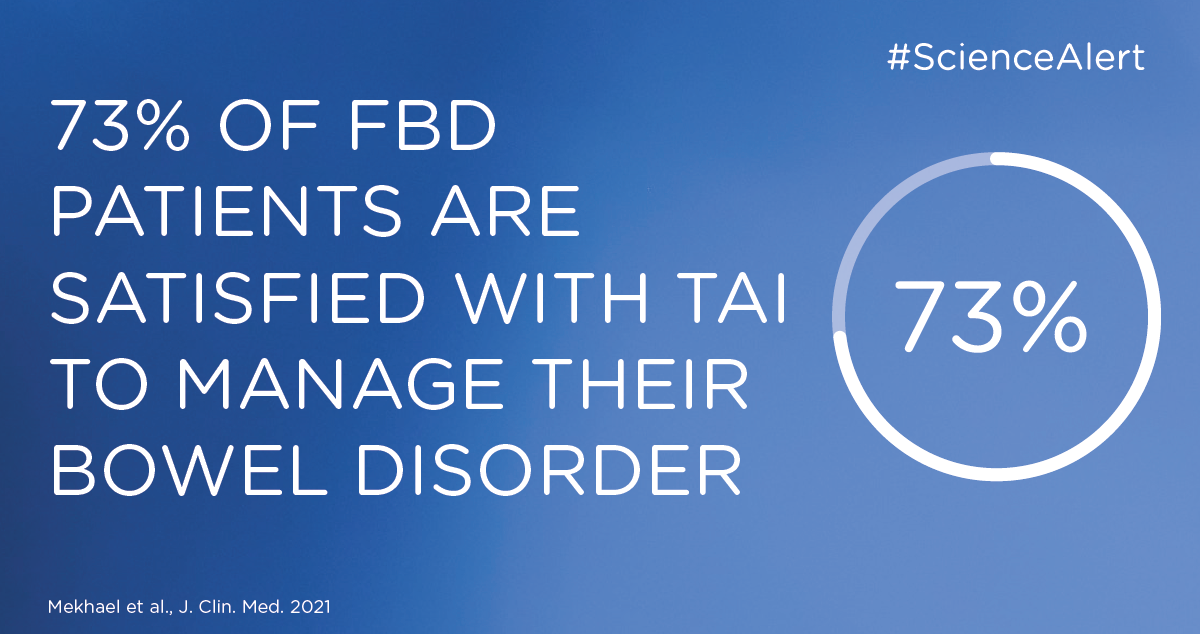 What is one of the best treatments for constipation?

Faecal incontinence (FI) and chronic constipation (CC) of other origins such as anorectal, gynecological or urological surgery, prolapse disease, medication, diabetes mellitus or idiopathic / functional constipation or faecal incontinence causes, may also be improved by TAI. Among these patients with symptoms of FI and CC quality of life is negatively impacted to a great extent. Bowel irrigation or TAI is not a well-known treatment for those patients, even though TAI has been proposed for bowel management for decades. There were ten studies with data on the effect of TAI representing in total 1012 patients suffering from bowel leakage or constipation. The results from these studies show an improvement of quality of life, an overall satisfaction with TAI of 73% and successful outcome of TAI in 50% of the patients.

There are some questions left to answer when it comes to the use of TAI for improving bowel function. One is that TAI is often combined with conservative treatment to optimise outcome, but in most studies, those are not reported. Evaluation of concomitant conservative treatments used with TAI could help clinicians to optimise TAI and the treatment for their patients. Adherence to TAI is another topic, discontinuation rates reported vary from 0 - 66% in the clinical studies and reasons for discontinuation identified were: expulsion of the catheter, bursting of rectal balloons, leakage around the catheter, inefficacy and TAI being too time consuming. This suggests possibilities to improve patient selection. However, no consistent predictive factors to identify patients benefiting from TAI has been found and the approach used today is a trial-and-error process. A successful outcome of TAI can depend on several factors, one that is not explored is the patient’s personal characteristics such as psychological profile and compliance with other treatment and hospital follow-ups. Other factors that may affect outcome are socio-economic factors or personality traits, which has not been included in clinical trials.

Best practice for a successful outcome

TAI improves bowel function and potentially improves quality of life for patients with LARS, FBD and NBD. There are several factors that can affect the outcome of the therapy. One of the factors identified to achieve a successful outcome with TAI is the first training. Almost all studies reported that the patients received training in TAI prior to initiation and this highlights how important training is. But it was not reported how they were trained. In the authors clinics all patients are trained by a specialist nurse and the first irrigation is supervised. They emphasise that training and patient support are important factors for patient compliance. Therefore, best practice to optimise TAI treatment is to conduct a personalised treatment with supervision from specialised health-care professionals and to monitor the outcome.