Reflections on Tokyo 2020 from a ParalympicsGB Nurse

We caught up with our lead Nurse, Bev Collins, as she prepared to return home from the Tokyo2020 Paralympics, where she was part of the ParalympicsGB Nursing Team. 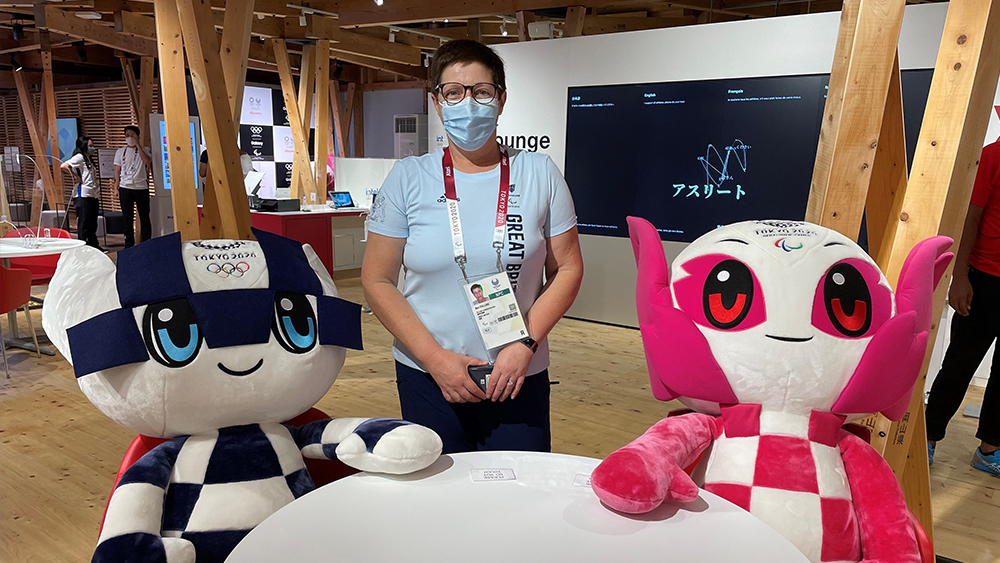 Bev was part of the preparation camp that supported 142 athletes from Athletics, Rowing, Archery, Fencing and Equestrian. In a year that has made for a unique Paralympics experience, this was what Bev had to say as she reflected on her time at the games.

“Above all else, it’s been amazing to see the athletes of ParalympicsGB doing so incredibly well and I’m sure that will continue – even as me and the team from our camp travel home.

“It’s been a very different experience this time around as we’ve been restricted in where we can travel but it’s really impressive how well organised everything has been and that has kept everyone safe.

"While it’s meant that we haven’t been able to attend any of the events live, it has also given us a wonderful opportunity to spend a lot more time with the athletes here at the camp. I feel like we’ve got to know everyone very well in a way that wouldn’t have happened under normal circumstances. So, it’s been really special.”

“As we had the athletics athletes in our camp, I managed to get a quick photo with Jonnie Peacock for my mum – she loves him!” 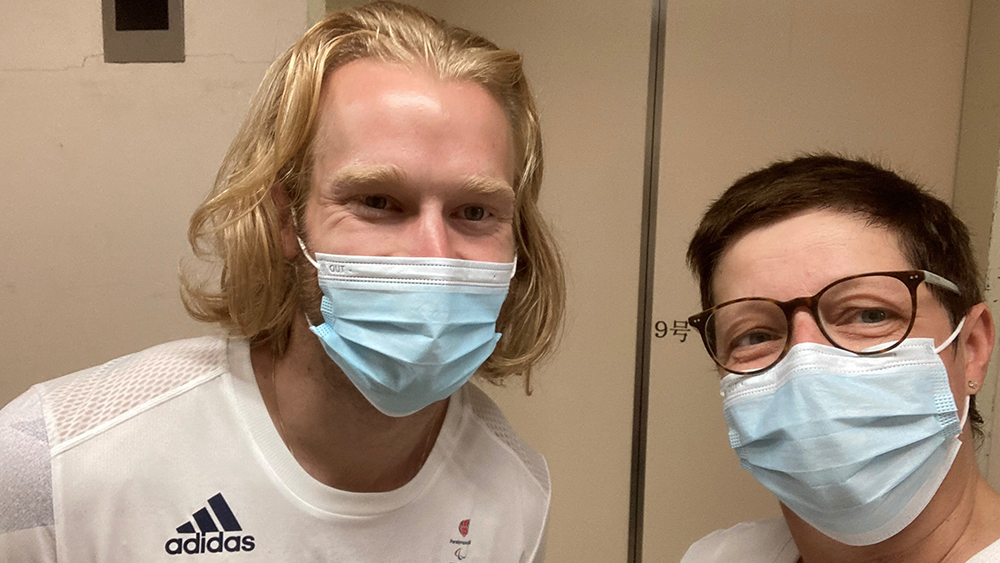 Asked to share her highlight from the 3 weeks in Tokyo with the ParalympicsGB athletes, it was clear that there were far too many great memories to pick just one.

“Although the GB Wheelchair Rugby team didn’t come through our prep camp it was obviously a high point to see them win a well-deserved gold, especially as I’ve been so involved with the sport over the years.

“It’s been so rewarding to be here in the prep camp, helping to get them ready for the games and then seeing so many of them go on to medal. In particular, getting to know the equestrian team through the camp and then being able to celebrate as they won so many medals – and Sir Lee Pearson won 3 golds - was just incredible. 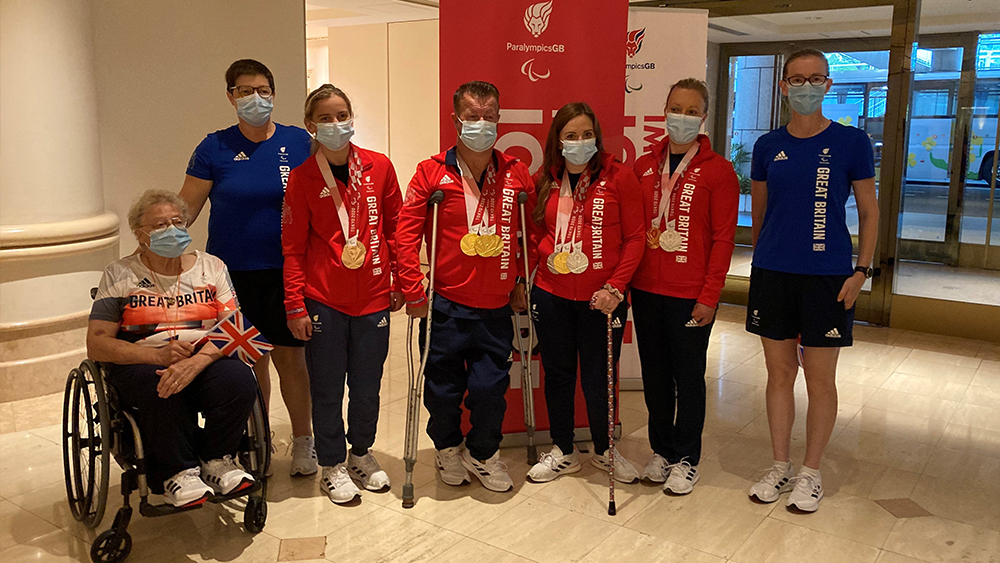 “The people of Japan have really embraced us as well; we’ve been given lots of gifts and amazing origami.”

Amongst her other highlights, Bev and the team at the prep camp were joined by retired Paralympian and former Great Britain Paralympic manager, Caz Walton OBE, who took home two gold medals from the 1964 Tokyo games.

“We’ve been lucky enough to have been joined by Caz Walton for the length of our time in the camp. It’s been an honour and an inspiration. She’s such an incredible woman.”

The whole of Wellspect celebrates Bev and her colleagues for their amazing work with Paralympics GB!

Read about Bev’s previous involvement at the Paralympics here: