During a Continence Awareness Day at Pinderfields Hospital, we had the pleasure of meeting Emily whose life was changed in an instant by an extremely rare condition. This is her story. 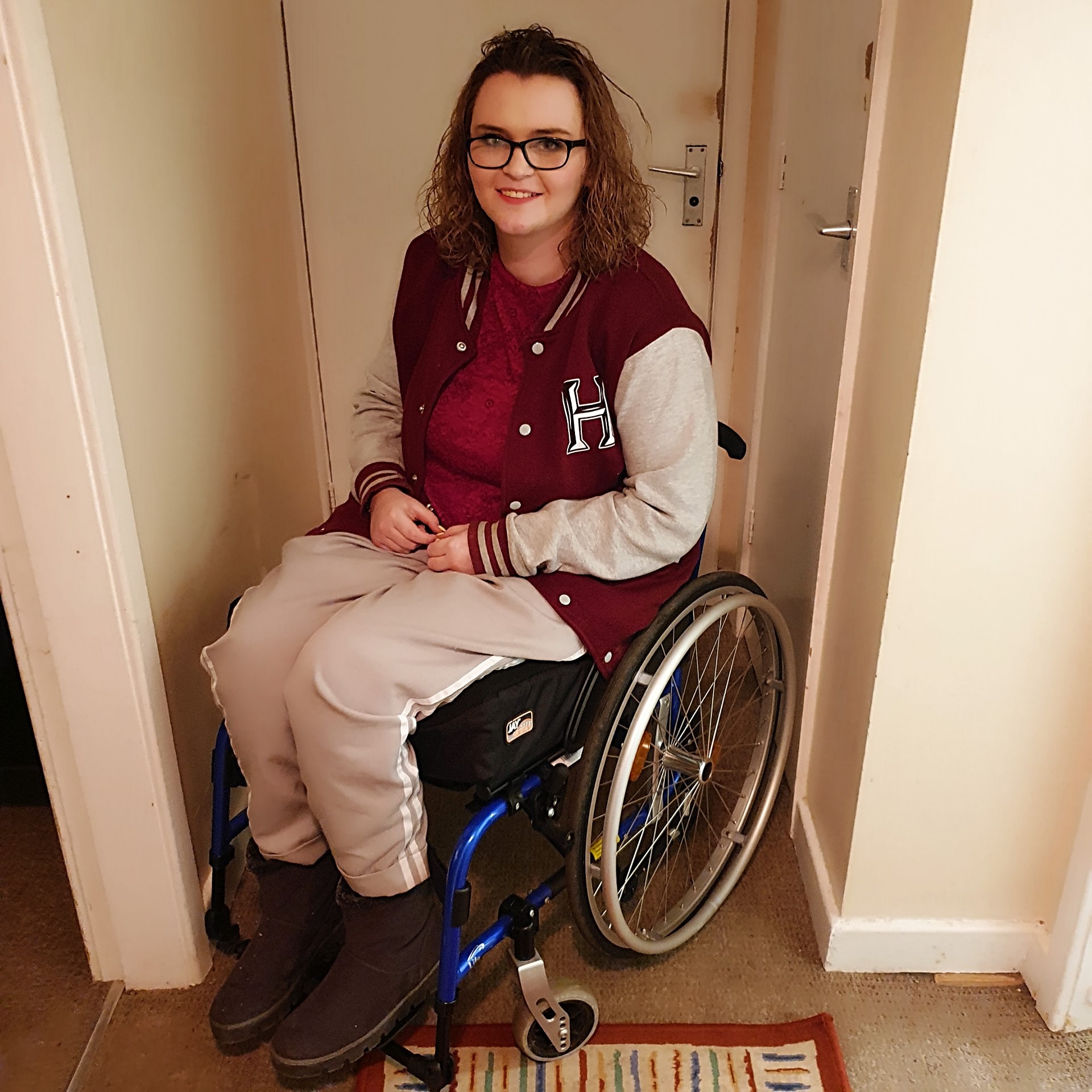 My journey began on the 16th July 2018, everything started when I was up till early hours of the morning watching WWE. I was about to go to bed, when I realised I couldn’t feel or move my legs. My partner carried me to bed to make me more comfortable, shortly after I was incontinent for the first time. Being honest, at this point I had no idea what to do, I was crying and swearing. Once I composed myself I rang 111 to find out what to do where they decided I needed and ambulance.

I was incontinent again once I arrived in A&E at Hull Royal Hospital and was taken for an MRI scan. If you have ever been for one of these, you’ll know how horrible this scan is. In the end, I was in the machine for 2 and half hours. 10 hours had passed from the scan to finding out what was going on. I had began to think that everything was fine and I’d be going home very soon, by god I was very, very wrong.

From my MRI scan the doctors diagnosed that I had a very rare condition call Arteriovenous Malformation (AVM). At this point they did explain what this was but, between the pain killers and tiredness, I really didn’t understand what it was and what was going to happen. From here everything just seems to be a blur. I had 3 operations in as many days, one of which was open back surgery, resulting in the removal of 3 vertebrae (T11-L1) to be able to access the area of the AVM. I spent a total of ten days in Hull Royal.

Form Hull Royal Hospital I was transferred to the spinal unit at Pinderfield Hospitals to begin my rehabilitation and start my new life as paraplegic.

It wasn’t until I become under the care of my specialist Mr Raza that I feel my condition was explained to me properly. In medical terms, AVM is a condition where the person is born with a tangle of abnormal and/or poorly formed blood vessels which have a higher rate of bleeding than normal vessels. This is more common in the brain but it can occur anywhere in the body, it just happens that I have spinal AVM, the rarest kind. My consultant, Mr Raza, describes this condition as Robin Hood syndrome, as it is stealing from the rich parts of the body to give to the poor parts.

At this time I was struggling with both my bladder and my bowel. Once my indwelling catheter was removed I had problems finding an intermittent catheter that worked for me. I was running out of hope because I had tried every catheter I knew there was. This is when I attended the continence day where I met Carolyn Burgin and Elaine Baker who were a massive help. Thanks to Carolyn I managed to find my daytime catheter in LoFric Sense, which soon helped me finding my night time catheter in LoFric Hydro-kit.

Having had similar problems with bowel products, I was quickly told about Navina. As soon as I had been discharged from the hospital Select’s Nurse, Jo Spooner, came to show me how to use the equipment and I have been using it ever since and have never had a problem. This has been life changing. Before Navina I was scared to leave the property or even have friends and family round in case I had a bowel movement.

Since I’ve been home, supported by these products my life has become so much easier. The catheters are easy to use at home or out and about as Sense is small and discreet. Navina is also easy to use and using this meant that I am able to go out and not have to worry about my bowel.