Back in the saddle

After a life-changing accident left Sallyanne Haigh paralysed from the waist down, doctors were quick to warn her away from a return to horse riding. Yet, three and a half years later, Sallyanne is not only back in the saddle – she’s taking home gold on horseback. 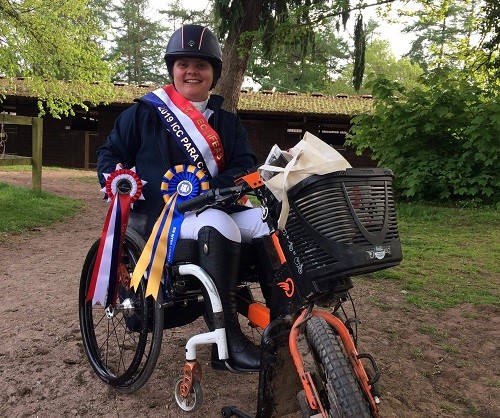 Sallyanne, who is a nurse advisor with Wellspect’s home delivery service - Select, was injured during a horse riding accident. After nine hours surgery and a six month hospital stay, Sallyanne was determined as ever to return to the sport she loved.

“Right from the beginning after my accident I wanted to prove to myself that I could do something that everyone said that I couldn’t do. The doctors said ‘don’t ride again because of the risk’. Well, everything is a risk now.”

Sallyanne set her sights on competing as a para dressage rider. Para riders are graded from 1 to 5 based on the severity of their injury, with 1 being the most severe. The nature of Sallyanne’s injury classifies her as a grade 2 rider.

“Riding now is completely different and so much harder than before, so I made a huge decision to get fit and strengthen my core to improve my balance in the saddle.”

Rehabilitation from a spinal cord injury requires a lot of dedicated support, especially when your goal is not just recovery but competitive sport. This where Neurokinex, a specialist gym offering neurological rehabilitation and activity based therapy, proved essential.

“The specialist neurological rehabilitation is fantastic and my core strength and balance has improved so much over the last 12 months. I am sure that competition wouldn’t have been possible without Neurokinex.”

Sallyanne and her horse, Flynn, took part in her first competition in May. The South West Dressage Championships are a two day event hosted in Devon, with around 200 riders taking part. After a long road from her injury, reaching her goal was a powerful moment for Sallyanne. 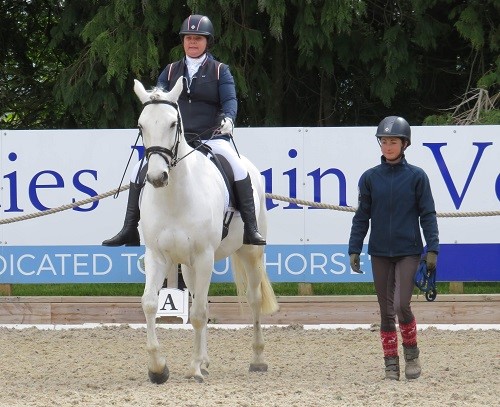 “It was surreal, so emotional. I was told to forget everything that I had ever done before my accident. When I was first in the arena it was like I was welling up, the adrenaline, the relief, the excitement, the fact that I can do it. I never thought it was going to be this hard.”

Despite the overwhelming experience, Sallyanne kept her calm and proved to herself and to everyone else that she belongs back on horseback with performance that saw her take first place in her class.

“I was absolutely overwhelmed to win. Once the adrenaline had gone I thought ‘I can’t believe it, I’ve competed, I’ve won’. I was so happy.”

This first win is the end of an amazing journey for Sallyanne, but it’s also just the beginning of another. She intends to continue to compete and is looking to add trotting to her repertoire, opening up even more opportunities to do so.