Advice when choosing a catheter - what to look for 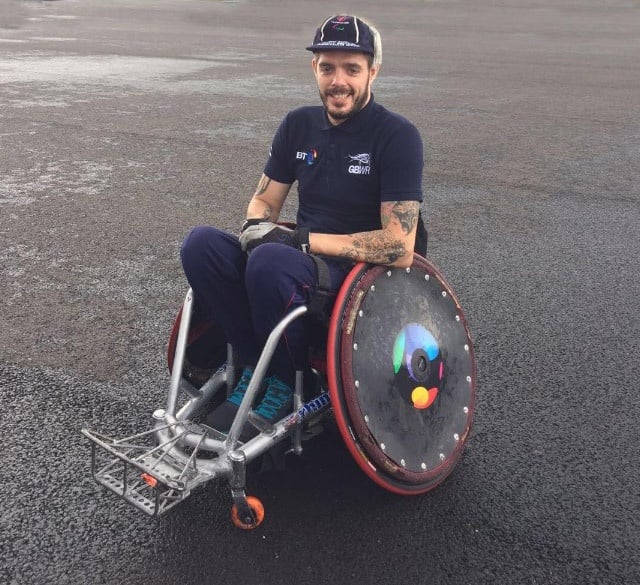 If you've just been told that you have to self catheterise, it can be difficult to know what catheter might be right for you. Michael Kerr - Paralympian, catheter user and Wellspect Ambassador - talks to us about what factors influenced his choice in catheter.

Do you remember being told you needed to self-catheterise?

Yes – it was a during a check-up appointment at the Spinal Unit in Glasgow. I was told my bladder wasn't fully emptying so I had to start self-catheterisation. At that appointment I was given a choice of two catheters. I wasn't really told anything about those catheters; what they do, or how they work – just two catheters placed  in front of me, and I was told to pick one.

The only difference between them, the nurse explained, was that one catheter was already lubricated and I needed to add water to the other catheter. So, it was 'take your pick' basically.

How did you choose the catheter then?

Because of my level of injury and my poor hand function, I just didn’t want to open a sachet and pour water in. I thought to myself that the lubricated one would be so much easier. I also thought that if it's a nurse who was offering me those catheters, well then – they must be fine.

How did you get on with that chosen catheter?

Since his recovery Michael rediscovered his passion for sport and has gone on to represent Great Britain at the Paralympics in wheelchair rugby. It was through his sporting life that he finally found a catheter that better suited his needs.

How did you find the right catheter for you?

Through the wheelchair rugby, I got to chatting with a nurse about ISC. She told me that what I was experiencing should not be happening, so I decided to look around. I tried a few other catheters, there were some that I simply could not use because of my poor hand function. Then I tried a catheter with a urotonic surface and it wasn't sticking – no blood  – it was as wet coming out as it was going in! And additionally, for me it was very easy to use as well.

And your hand function?

With my favored catheter, all I have to do is squeeze the package, and it activates the surface, so it's ready for use before I've even opened the packaging. It also has an adhesive tab so I can attach it to any surface, which makes it easier to use. There's an adjustable Insertion Grip that gives control without having to touch the catheter tube during insertion. This means lower risk of contaminating the catheter, so that and the smooth insertion help me avoid a UTI (Urinary Tract Infection).

The most important thing about the catheter is the coating and how well it stays wet.

What's the most important feature for you?

I've been using these catheters for a numbers of years now, I haven't experienced any problems, no sticking on removal of the catheter, no trauma, no spots of blood, practically no infections. The coating on the catheter was so much better! The catheter can be in the bladder for a couple of minutes, so it needs to stay wet while it is in there – for the removal as well as for going in, that’s just as important. So, for me the most important thing about the catheter is the coating and how well it stays wet, when you are using it, not just at the entry phase.

You might think they're all the same. But to us users, it's our way of life.

Why does catheter choice matter?

For people who don't use catheters, you might think they're all the same. But to us users, it's our way of life, it is such a big part of our daily routine. If that catheter doesn’t work for us, it does have a MASSIVE impact on day to day life! You can get infections, and you might get very ill, a UTI can be life threatening if left untreated and is very painful. Not all catheters are the same – and it is not just a catheter! It is an essential part of maintaining my health and well being and it has got to work, every day!

What would be your advice for others?

The most important piece of advice I would give somebody is; try to base your decision on the coating of the catheter as best as you can!

Obviously, you need to be able to open the packaging, but practice makes perfect. However you can’t change what is in the packaging – the product! You need this product to be the best it possibly can be.